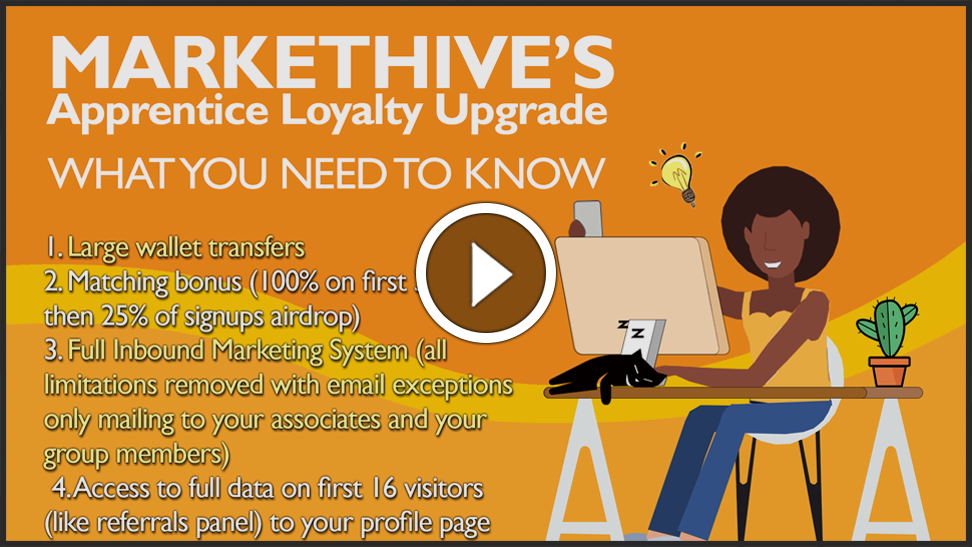 Markethive is preparing to release the next
loyalty program in advance of our wallet release.

As Entrepreneur One is phased out for new membership, the early adopters of Markethive's ultimate loyalty program we are preparing to launch our next phased loyalty program the Apprentice program. This will be released about the same time the wallets are released. Once the Entrepreneur One upgrade and restore (for paused, canceled and suspended E1 accounts) is ended, the wallet will be released. At the same time the Apprentice program will also be released

During this transaction you can expect the MHV to ILP program to become available.